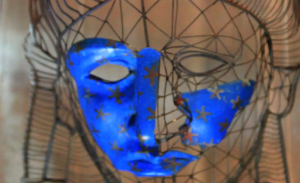 As a prelude to the V&A’s exhibition of models and designs by artists we are pleased to show ‘Shakespeare in a Suitcase’, featuring student designs for Shakespeare’s plays. Students were encouraged to come into the museum and animate the V&A’s exhibition, “Transformations and Revelations”. Students would create costumes and installations that would be a visual interpretation of Shakespeare’s texts. The materials and items they used would fit in a suitcase in order to be easily transported. Some even incorporated their suitcases into their performance or installation. The project allowed students to see how their work would work with the galeries spaces, collections and the general public.