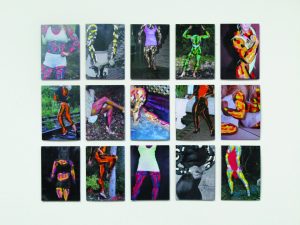 Humour is focused upon a gritty social reality in this curated group show displaying the talents of nine of Edinburgh’s most gifted emerging artists. The work of Alex Allan, Matt Barnes, Liam Crichton, Connor Dupré, Kevin Harman, Joel Kaplan, Mark Purves, Liam Richardson and Kenny Watson cannot be said to be dull nor reverential – on the contrary, it is often satirical, ironic and playful. Most importantly, most of them, despite their youthful age, have decent beards adorning their chins – not a statement of rebellion; more simple dislike of shaving.

A frequent debate amongst feminists is whether women should organise sometimes separately from men. In this exhibition only works by women artists will be on display and, in a radical move, ONLY women will be admitted to the exhibition.