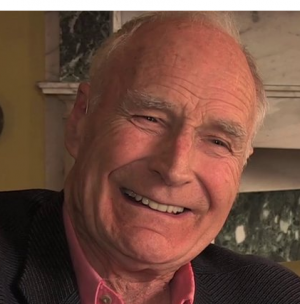 This edition of Art in Scotland features interviews with Peter Snow and Sally Gardner, whilst they are at the Lennoxlove Book Festival 2013.

Sally Gardner is a children’s author and illustrator and has sold over 2 million books in the UK and her work has been translated in to more than 22 languages. Sally discusses her new book ‘Tinder’ based on the story ‘The Tinder Box’ by Hans Christian Andersen. She also tells us about her genre of writing and the difficulties of being a working author coping with dyslexia.

Veteran broadcaster Peter Snow talks about his newest book ‘When Britain Burned the White House’ which tells the story of the War of 1812 and Britain’s attempt to stop the Americans by attacking and sacking Washington and, as the book suggests, burning the White House in 1814.