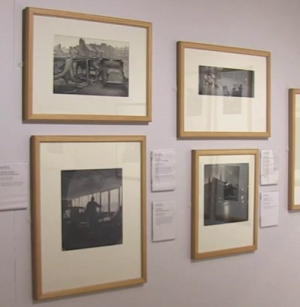 This edition of Art in Scotland looks at ‘A Silvered Light’ and ‘Safe Havens’, two exhibitions currently on at The McManus Gallery in Dundee.

Kirsty McNab introduces ‘Safe Havens’, which explores the way harbours were depicted frequently as a subject matter in 19th Century art. The collection of pieces is from James Guthrie Orchar (1823–1898), a successful businessman, Provost of Broughty Ferry (1886–1898) and an art collector.The importance of the Orchar Collection has grown significantly in recent years, as it is the only one to survive intact.

A Silvered Light is on at The McManus Gallery, throughout 2014.

Find out more about the exhibitions here