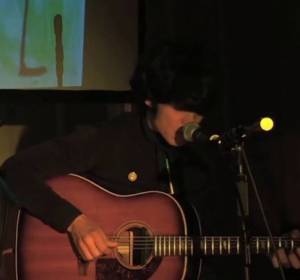 This edition of Art in Scotland features the musical talents of two-piece band The Wellgreen, and singer/songwriter Linden, when they performed at Neu! Reekie! 39, at Summerhall.

Stuart Kidd from The Wellgreen talks to us about their work, inspirations and future projects. Joe McAlinden discusses his music career, songwriting, and his passion for discovering new music. McAlinden used to be in the band Superstar who were originally signed to Creation Records in 1992 by Alan McGee and, up until 2000, released around seven albums. Since then, he has played/written/collaborated with many people including Teenage Fanclub, Big Star/Alex Chilton, The Boy Hairdressers, NOM, BMX Bandits, Matthew Sweet, Jim Lambie, Alan Warner, BBC Scottish Symphony Orchestra, as well as many more.