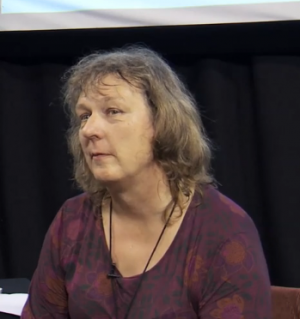 Traverse in Time is a series of panel discussions that look back at the rich history of Edinburgh’s Traverse Theatre, and the individuals who were involved in its illustrious past. Taking place at Summerhall on Wednesday 21st August, playwright Jo Clifford.

Jo Clifford is one of Scotland’s leading playwrights. She has been working in the theatre for over thirty years; she is the author of approximately 80 plays in every dramatic medium; and her work has been translated into several languages and produced throughout the world.

She is the first openly transexual woman to have written a play produced in London’s West End. As John Clifford, his work with the Traverse Theatre in the eighties helped establish the international reputation of the Traverse.