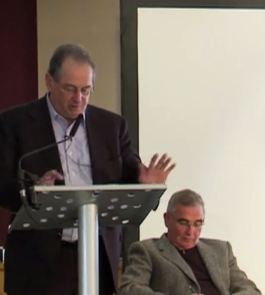 Culture and Broadcasting was one of several debates under the title Enlightening the Constitutional Debate run in partnership with the Royal Society of Edinburgh and the British Academy at the Scottish Parliament and held in 2013 as part of its Festival of Politics. Chaired by Magnus Linklater CBE, former Editor of The Scotsman with contributions from James Boyle, Chairman of the National Library of Scotland and formerly Director of BBC Scotland and Radio 4, Ruth Wishart, journalist and commentator, David Elstein, Chair of Open Democracy and the Broadcasting Policy Group, and former Labour MP Brian WIlson.