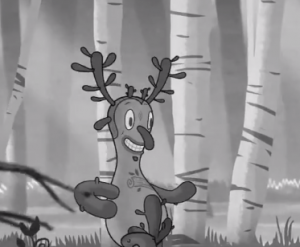 Artist Gary Baseman has been exploring his father’s life in his mid-20s, when he escaped the Nazis during World War II, and became a partisan with a Soviet group, in the woods near his home. Mythical Creatures is the piece of work, which sprang from Baseman’s desire to explore this difficult history, and is currently on show at Summerhall. The work was first created late last year when he created a birch forest installation at the Shulamit Gallery in Venice.

Mythical Creatures is on in the Dean’s Office, Summerhall, until the end of November 2014.