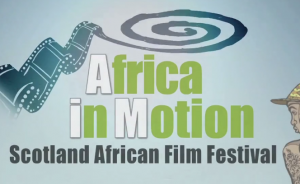 Natalia Palombo introduces the 9th edition of Africa in Motion Film, a yearly film festival that explores the best and most interesting films that Africa has to offer. Staged at various venues throughout Glasgow and Edinburgh, the festival puts on a series of film events, talks, performances, and activities exploring African culture and allowing a more diverse look at the continent.

The festival runs in various venues in Glasgow and Edinburgh, from the 24th October until the 9th November 2014. Find out more at http://www.africa-in-motion.org.uk/.

Film clips used with permission from the Africa in Motion Film Festival, and feature in their programme.