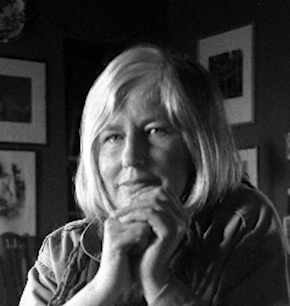 Part of Summerhall TV’s commitment to documenting the arts is to provide an archive exploring the work of artists, theatre makers and other cultural contributors. In doing so, the work and legacy left behind by these people can therefore be revisited by future generations, and provide a body of work to refer to and educate.

Senior Archivist at the Orkney Library and Archive, David Mackie, and Project Officer, Rebecca Marr, introduce the Gunnie Moberg Archive. The idea for the archive was initiated by Gunnie’s husband Tam MacPhail, and supported by the Heritage Lottery Fund. Her vast body of photographic work will be collated and organised in order to preserve the legacy she left behind.

Gunnie Moberg was a Swedish photographer, who spent much of her life living in Orkney with her family. After visiting Edinburgh, in the late 50s, Gunnie decided to move over and study at the Edinburgh College of Art. Gunnie met her future husband, artist and bookseller, Tam MacPhail, a Californian student, who moved to Edinburgh to study.

They eventually moved up to Orkney, where Gunnie would take most of her photographs of Orkney life and landscape. Her work gained prominence as it was featured in many Scottish newspapers, her subjects ranging from locals to well known artists and writers such as Alasdair Gray, Liz Lochhead and Seamus Heaney. A social representation of Orkney had never before been conducted to the extent of Gunnie’s photographs.

When Gunnie died in 2007, her friends and family organised ‘Gunnie Day’, which was a celebration of her life and work hosted by the Pier Arts Centre. The celebration lasted for three weeks, displaying the true impact and contribution Gunnie had upon her friends and Orkney life.