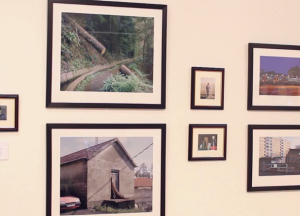 Wendy McMurdo introduces the third year of the Jill Todd Photographic Award, which is an annual award that showcases the work of emerging photographers from Photography and Arts Degree programmes in Scotland, Northern Ireland and the Republic of Ireland.

The award was set up in memory of young photographer, Jill Todd who died of cancer when she was only 23. Jill graduated from the Photography and Film degree at Edinburgh Napier University, receiving a first class honours, and went on to enjoy success with her work, winning commissions from The Royal Bank of Scotland and the Edinburgh Film, Science and Literature Festivals.

The Jill Todd Photographic Award 2014 is on at Street Level Photoworks, Glasgow until the 7th December 2014.