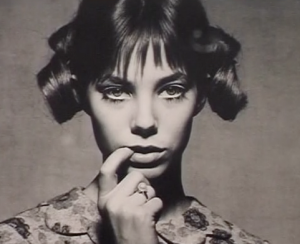 David Bailey’s ‘Stardust’ at the Scottish National Gallery is the first major showing of Bailey’s work in Edinburgh since the Dean Gallery’s ‘Birth of the Cool’ in 2001. The current exhibition illustrates the extraordinary range of subjects that Bailey has captured: actors, writers, musicians, filmmakers, designers, models, artists and people encountered on his travels; many of them famous, some anonymous, all of them unforgettable.

Robert Morgan’s interview for Edinburgh Television in 2001 provides an intimate and affectionate portrait of David Bailey’s approach to photography and working with celebrated figures from the 1960s onwards.

Bailey’s Stardust is on at the Scottish National Gallery, Edinburgh until the 18th October 2015. Find out more at HERE