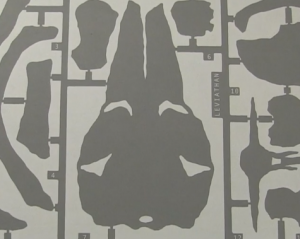 As part of Summerhall’s summer exhibition programme ‘Outside-In’, artist David Faithfull presents his findings from his time spent on Inch Kenneth, a small island off the west coast of the Isle of Mull. Faithfull explored the history of the infamous Mitford sisters whose family owned the island during the war until the 60s. The family created much intrigue with their connections to certain figures within fascist and communist groups during the 20th Century.

Whilst taking in the family’s unusual history, Faithfull also explored the skeleton of mother and daughter whales that were stranded. It was rumoured that one of the Mitford sisters intended on turning the island into a Soviet military base. Many conspiracy theories have grown from this rumour, suggesting that military testing is the reason why so many whales become stranded on the island.

Leviathan is on at Summerhall, Edinburgh, until the 15th July 2015.