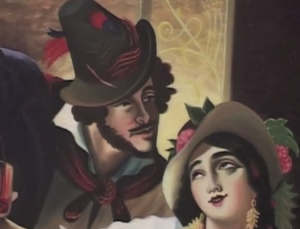 The Golden Beggar festival of local TV is held annually in Kosice, Slovakia. This series of clips from the 2005 festival illustrates the humanity of those living in countries that the west has long lost contact with, countries identified since the WWII with the Soviet Union.

As we move towards the general elections in the UK these short clips are a poignant reminder of valuing diversity, finding common cause and interest. This screening on Summerhall TV coincides with the current exhibitions showing at Summerhall under the banner “Dictatorship and Democracy in the Age of Extremes: Spotlights on the History of Europe in the 20th Century”, ‘Keeping the Balance” and “Berlin 1989”.