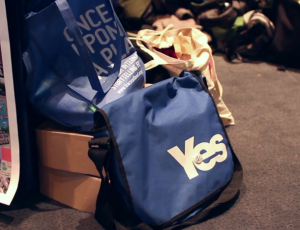 The Radical Independence Campaign is dedicated to working towards creating an alternative vision of independence for Scotland. The campaign has played a key part in supporting the independence referendum, boosting grassroots support from around the country and providing a platform for those wishing to discuss Scotland’s future.

This video was first published on Bella Caledonia.