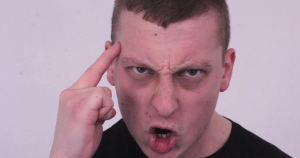 “What do you do when you fall off the bike?” A huge slice on his stomach gave him his name. How’d it happen? He has no idea and today it’s the least of his worries.

Take what you want and it’s bound to catch up with you.

Slice: a funny, charming, everyday bike thief who does what he wants but today, he’s taken the wrong bike. 24 hours to get it back or he’s dead. The only problem is that the bike is now in the custody of an even bigger psycho than its rightful owner. The bike of his dreams leading to the day of nightmares. A whirlwind through the suburbs of Dublin at the speed of light. Beating the heart from your chest, where his past, present and future will all collide. Slice, the Thief. A dark comedy from the mind of Lee Coffey.