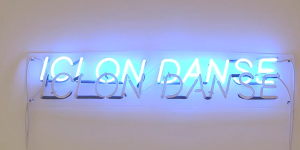 Inverleith House was designed in 1773 by David Henderson and built for Sir James Rocheid (1715-1787) as his family home and centre piece of his estate in 1774 at a total cost of £4,109. Around 1820 a part of the Inverleith estate was sold to become the Royal Botanic Garden Edinburgh (RBGE). The house was gifted to the Crown in 1877 together with the surrounding land for the purpose of extending the activities of RBGE and for the enjoyment of the public. After restoration work following a fire, Inverleith House became the official residence of the Regius Keeper (director) of RBGE. From 1960 it housed the new Scottish National Gallery of Modern Art, which in 1984 moved to the building of the former John Watson’s Institution in west Edinburgh. On 4 December 1970 the house was listed as a historic building. Since 1986 Inverleith House has been used as an exhibition space by RBGE.

Inverleith House is currently closed to the public.