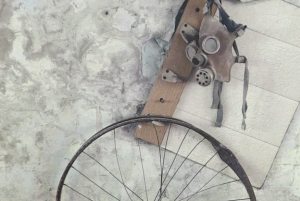 Whether in the studio or on location, Bryn has been creating imaginatively conceived and wonderfully lit commercial and advertising photography for more than 30 years.

With an array of awards to his name, his approach ensures that his images stand out above the competitive crowd. Commissioned by many major brands and global corporations, his work can be seen in magazines, brochures, and on billboards, across the world.

He has recently added to his long list of achievements by becoming a Hasselblad Master Winner, a distinguished Fellow of the British Institute of Professional Photography (FBIPP), as well as being awarded as a qualified member of the prestigious Federation of European Photographers (QEP).

In recent years his experience has been in demand as an International Assessor and Judge, sitting on the panel for high profile competitions such as The World Photographic Cup 2017, Hasselblad Masters Global 2016, Federation of European Photographers Golden Camera Award. Bryn is also a Director, Assessor and Mentor for the British Institute of Professional Photography.

Following his success as a Hasselblad Master, Bryn was commissioned to produce a series of work for a book ‘Masters vol.4 Evolve’. This was a to be a defining project that contrasts his studio based product photography with location products found at Chernobyl, fulfilling the ‘EVOLVE’ brief by shooting in a completely different way to normal.

In the book Bryn contrasts a £12,000, state of the art, Condor bicycle with a rusted, bent wheel he found in Chernobyl, complete with a gas mask still hanging on its rim. A classic Morgan steering wheel against another corroded specimen in the former Ukrainian city; a Condor saddle and frame against an old bike carcass shot in a decomposing room; a pristine, clinical studio image of fresh paint pouring from a shiny tin – against a shot of a dilapidated stairway and a wall with decades old paint curling and falling away in its moribund final nod to an irradiated city and a shocking, devastating piece of history.