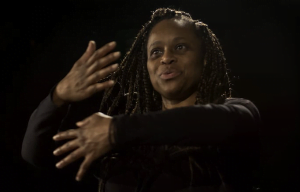 Let’s spend an hour playing together. As members of The Mayers Ensemble we’ll explore boundaries, personal histories, gender, race. Throughout her life, choreographer Pauline has defied assumptions made about her based on gender, background and skin colour. Now we are invited into this skilful blend of theatre and dance as she tells her story and the history that has informed it. The story of James Sims, self-ascribed “father of modern gynaecology” who operated on slaves without anaesthetic weaves through Pauline’s own. After the show, Koan: What If You Told Us takes the conversation further, an opportunity to share thoughts and ideas.