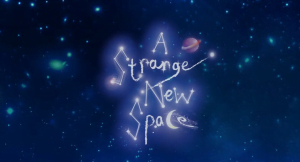 Amira is obsessed with space and dreams of becoming an Astronaut. One night, the bangs, whooshes and fizzes of her imagination explode out of her dreams, becoming a deafening reality. Amira has to pack her bag for the intergalactic trip that she’s been waiting for… A Strange New Space is an imaginary voyage into space, paralleled with Amira’s real-life journey as a refugee. A new non-verbal, physical show for the whole family using puppetry and original music, from the maker of Summerhall Festival 2015 hit ‘The Tap Dancing Mermaid’ (★★★★ The List).