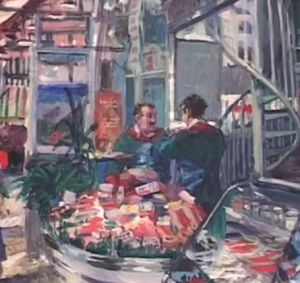 A short film from Northern Visions TV, Belfast, speaking to artist Hector McDonnell. McDonnell was born in Belfast, and educated at Eton and Oxford. He studied painting in Munich and Vienna in the mid 60s, and went on to win awards for his work, including the Darmstädter Kunstpreis in 1979. McDonnell currently splits his time between Northern Ireland and New York.